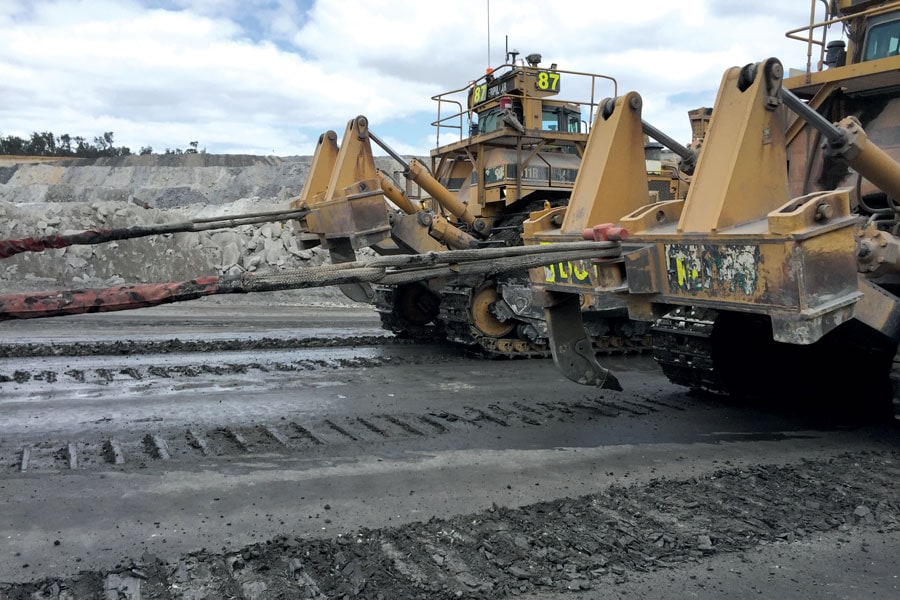 Push and Pull with Premier Coal

The Challenge
Western Australia’s leading coal producer, Premier Coal, has over 60 years of experience in both open cut and underground mining in the Collie Sub-Basin, providing energy for the state’s major electricity network. The mine employs large electric and hydraulic shovels as well as 240-tonne haul trucks to shift a total of one hundred and fifteen million tonnes per annum (overburden and coal).

Working in such a relentless environment has its challenges. When machinery becomes bogged or stranded on site, productivity goes down. Traditional steel wire ropes are heavy, inflexible and potentially dangerous if broken in application, due to stored energy causing recoil and possible injury. Premier Coal switched to lightweight synthetic strops as an alternative option and although these initial synthetic strops were safer, they did not offer the same level of durability as the traditional steel wire rope and therefore an optimized purpose built system needed to be explored. As an alternative supplier, Cortland Company was approached to find a hardwearing, longer-lasting solution.

The Solution
Cortland’s team of expert consultants conducted a site visit and made recommendations to improve the equipment in the tow and recovery process. The solution combined premium bog strops made with Cortland’s Plasma® 12×12 strand, and a customized sacrificial sling, which was designed and fabricated by the engineering team in Australia.

Plasma 12×12 Strand is a braided high performance synthetic rope, manufactured from high modulus polyethylene (HMPE), which has the highest strength-to-weight ratio of any synthetic fiber. Seven to 10 times lighter than a steel rope of equivalent size and strength, Cortland’s Plasma rope is much easier to carry, especially in rough terrain. Unlike wire rope, Plasma will not rust or corrode and has much better bend and tension-tension fatigue.

Plasma rope has been successfully out-performing and replacing steel wire rope in lifting and towing applications for more than 20 years.The key difference in the solution was the inclusion of the sacrificial sling, specially designed to minimize the risk of damage to the main bog strop, through abrasion and fatigue on the main tow points. This increased production efficiency and returned large savings. An added advantage was the durability of the grommet itself—although classed as a sacrificial component in the set-up these have been shown to conduct in excess of 100 truck recoveries prior to retirement.

The Project
Cortland began the consultation process with Premier Coal and within six months had implemented a new machine recovery solution following the recommendations made. Supporting mine productivity, bogged equipment can now be quickly and effectively recovered using the new equipment, reducing the amount of time the machinery is out of use.

Since adopting the Cortland system, Premier Coal has seen greater efficiencies across operations and has saved capital expense on recovery of equipment. Premier Coal reported several broken slings during operations using other brands, but at the same point with Cortland none had failed. Overall, the Cortland system proved to have the durability required for Premier Coal’s operations, returning higher safety, greater productivity, and increased service life compared with previously used wire and synthetic options. 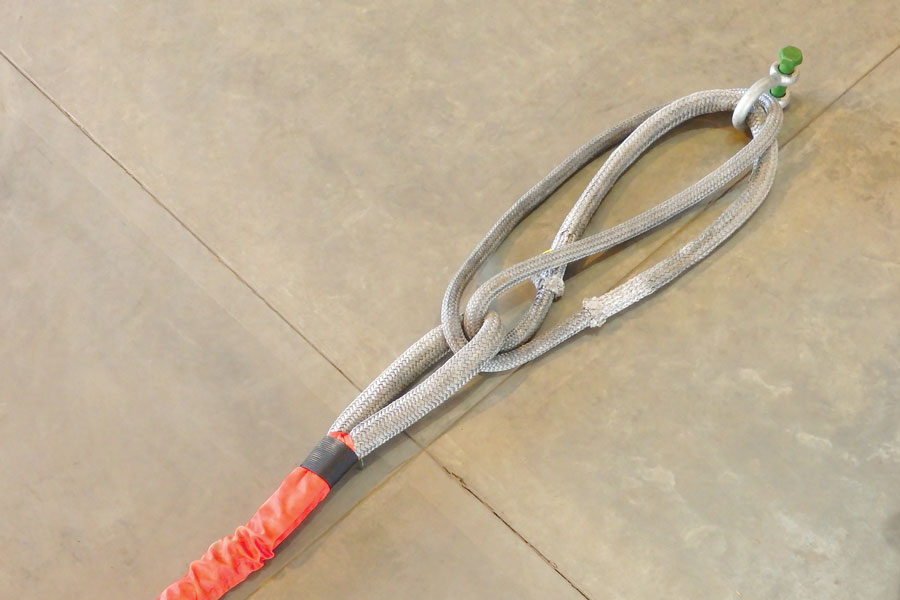